If you have a view please comment in the forum. We welcome open debate

Which is it going to be? 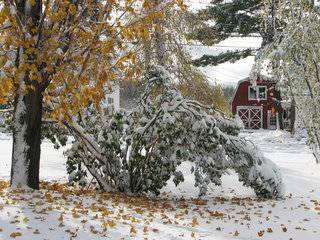 This year, most of the northern hemisphere, except
for Western Europe, experienced what most
scientists say was the harshest winter in decades.
Global Warming a Tough Sell this Winter

Despite years of study and analysis, the world is unprepared for climate change and needs to rethink basic assumptions that govern things as varied as choosing cars and building bridges, the National Research Council reports. “That assumption, fundamental to the ways people and organizations make their choices, is no longer valid,” the Council, the working arm of the National Academy of Sciences, said in a report released in March of 2009.

Global warmists like to claim the debate is over.
In one sense, they may be right. We are in a cooling
cycle and the hard data proves it beyond any doubt.

Back on January 1, 2009 the Space and Science Research Center (SSRC) mailed a letter to President-elect Barrack Obama’s nominated science adviser Dr. John Holdren and nominated NOAA administrator Dr. Jane Lubchenco clearly stating that “…global warming is over; a new cold climate has arrived.” In this letter, SSRC Director John Casey calls on Dr. Holdren to immediately reverse course on global warming programs and start preparing the country for the next climate change. With the exception of the briefly increased solar wind from a coronal hole, there is almost no significant solar activity. The sun has gone quiet, really quiet. 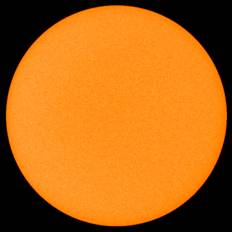 This is what the sun currently looks like. If you notice the sun
is completely free of sunspots. If there were sunspots you would
see some small dark circles forming on the surface of the sun.

For a change it’s a good thing that we have been falling all over our untied sneakers about global warming because we really cannot be sure just at this very moment whether we are facing rising sea levels and warmer weather or it’s a deep freeze coming returning the northern latitudes into frigid winters and a mini ice age. Only a few hundred years ago you could walk the Hudson over to Staten Island at a time considered to be a mini ice age provoked by diminished solar activity.

Wondering why solar activity or lack of it causes changes? Think of your home heater, the lower the power output the lower the house temperature. Solar activity (flairs and spots) is not just and indicator, it is a measure of overall power output that varies in cycles with time. Solar activity fluctuates in an 11-year cycle. But so far in this cycle, the sun has been disturbingly quiet. The lack of activity could signal the beginning of what is known as a Maunder Minimum, an event which occurs every couple of centuries and can last as long as a century.

This solar hibernation corresponded with a period of bitter cold
that began around 1650 and lasted, with intermittent spikes of warming,
until 1715. Frigid winters and cold summers during that period led
to massive crop failures, famine and death in Northern Europe.

True to form the mainstream press is resisting coverage of the cold side of the equation. Perhaps it just squashes human egos to know that they are puny nothings compared to the cosmic forces but instead of human made warming we are confronted with the sun going through a normal cycle of cooling. Yes the sun, something we have no control over is in a period of inactivity with hardly a solar flair or sun spot to be seen.

It was not a figment of anyone’s imagination that it was 28 degrees in Tampa recently and super frigid in northern areas and cold in Rio in the middle of the hot summer. What is ex vice-president Gore going to do if the sun follows its usual predictable path and stays inactive for the next ten or twenty years? I have been following this purely scientific story for over a year and I was surprised that the New York Times reported on the first warnings from a scientist from Russia early in 2008 but we have seen nothing more in the mainstream press.

In the face of a rapidly cooling planet, all the
proponents of global warming can do is to
lamely suggest that global warming has gone
on vacation and is taking a 10-year hiatus
on account of the absence of sun spots. 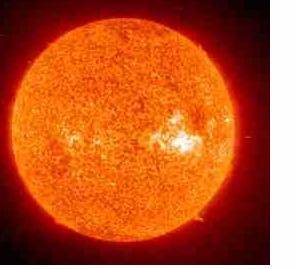 SSRC Director John Casey said,” There can no longer be any doubt that the Sun has entered an historic period of dramatically reduced activity which will bring us many long years of deep cold weather. This was predicted by me and a few other scientists around the globe but of course we were not taken seriously because of the politics of global warming and the refusal of many media outlets to print or telecast alternatives to the now discredited man made global warming concept. According to national and international sources that monitor the Sun, what is happening on and in the Sun is nothing short of record setting, astounding, and at the same time worrisome. The solar wind is at its lowest level in fifty years. The surface movement on the Sun has slowed to record rates and according to NASA’s previous announcements is ‘off the bottom of the charts.’ Most telling is the current prolonged lack of sunspots between the normal 11 year solar cycles 23 and 24 which is about to set a one hundred year record for time without sunspots. NASA also has long since forecast that cycle 25 will be ‘one of the weakest in centuries.” All of these events in combination leave little doubt that a ‘solar hibernation’ lasting several decades delivering the coldest weather in over two centuries has in fact arrived.”

The Little Ice Age has been a problem for global warmers because it serves as a reminder of how the earth warms and cools naturally over time. 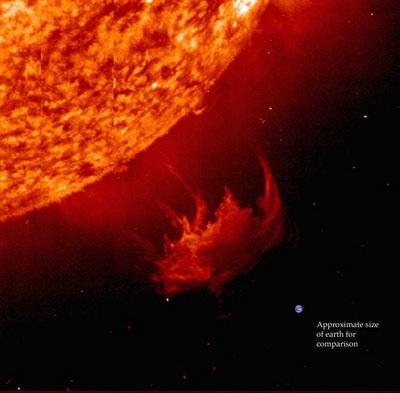 2008 was a bad year for sun spots and as a result, a bad year for the “global warming” crowd as well. The illustration above compares the size of a single sun spot to the size of planet earth. Anyone feeling insignificant? Looking at the mass of a sun spot, let alone the gigantic proportions of the sun itself, a fair minded, non agenda driven, neutral observer just might start to think that the sun has more impact on climate change than say those rather insignificant beings on that tiny little planet.

In his letter Dr. Casey continued saying, “The Earth has been in a long term cooling trend technically for eleven years. The significant drop in global temperatures that also occurred between January 2007 and much of 2008 should have been enough for most observers to finally accept that global warming is over, except that this information was intentionally not passed on to the American people. Also and unfortunately, the Presidential campaign where both major parties continued to beat the drum of global warming and man made climate change only helped to cement in the flawed concept that mankind was more powerful and had more influence on the Earth’s climate than the Sun itself. This unbelievable idea has been pushed heavily by the United Nations Intergovernmental Panel on Climate Change (IPCC). This and the previous press release are intended to be no nonsense, to the point pleadings for some sanity in our government and the main stream media that have failed to accept the new climate reality. Specifically, it was the Sun and not man that caused the past twenty years of peak heating and it is the same Sun that through a dramatic decline in its activity will now bring us decades of extreme cold climate.”

In a closing statement Casey reiterated, “The global warming of the past decades was caused by the Sun. It is now over. It will not return based upon the SSRC’s research, for at least thirty years. It will then return only because the Sun’s repeating cycles of activity are scheduled to pick up again at that time. We should not waste another minute, another penny in controlling something that simply does not exist, namely man made climate change and global warming. It is essential for the welfare of all Americans if not the world, that in light of these new and startling changes in the Earth’s temperature and the profound changes in the Sun, that the next administration initiate a top-down review and redirection of climate change policy as soon as President Obama takes office.” 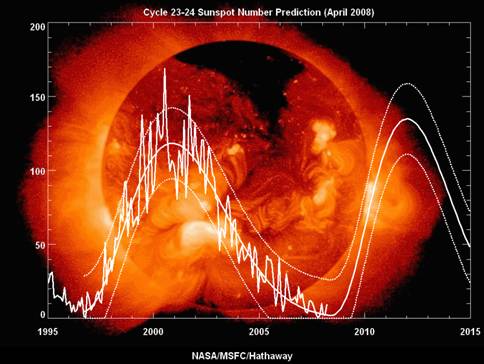 All four agencies that track Earth’s temperature (the Hadley Climate Research Unit in Britain, the NASA Goddard Institute for Space Studies in New York, the Christy group at the University of Alabama, and Remote Sensing Systems Inc in California) report that it cooled by about 0.7C in 2007. This is the fastest temperature change in the instrumental record and it puts us back where we were in 1930.

Solar activity has overpowered
any effect that CO2 has had.
Dr. R. Timothy Patterson

Dr. R. Timothy Patterson, professor of geology and director of the Ottawa-Carleton Geoscience Centre of Canada’s Carleton University, says: “I and the first-class scientists I work with are consistently finding excellent correlations between the regular fluctuations of the sun and earthly climate. This is not surprising. The sun and the stars are the ultimate source of energy on this planet.”

So its time to stock up on warm socks and fur coats. Actually it is much more serious than that, for food supplies will be scarce if the temperature goes down very much. One thing we can be sure of is that everything is changing more quickly then we think. Intense changes that could undermine the very structure of Western Civilization are in progress.

Historically, it has always been the debt crisis that destroys the greatest plans of men and dictators. Now we have that and severe climate change on the drawing board at the same time. This could be phase two of the collapse of Marxism. After phase one reshaped Russia and China, phase two may mean that it is the United States, Europe and Japan’s turn. We are in a battle that may be far greater than anyone dares to think having to confront major changes on two or more fronts. We are on the edge where the way of life may be altered forever. We must open the door to all solutions and judge our future without bias and prejudice.