OK, seeing as a lot of my news lately is to do with interesting technologies that you can find at certain URLs, I thought I might as well turn this into a News page & put them here.

Electric motor – graphs from companies (in Lindemann’s second movie) show that the torque is about 6.5 times as much as the “100% rated” value at zero speed, so if we can get rid of Back-EMF we can get about 6 times the amount of energy out of the motor at speed, and keep in mind that electric motors are already 5-6 times as efficient as the average internal combustion engine in an Australian family car. 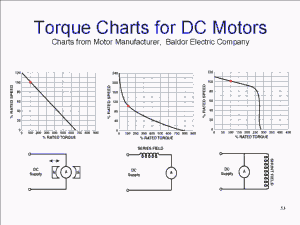 1) Gabriel Device – stick a toroid within another toroid; one high permeability, one low, seems to be doing what Lindemann was suggesting & separating Back-EMF from normal power:

2) The Russians are about to build cars with a ripoff of Ralphial Morgado’s MYT engine design (with subsidy from the Russian government):
http://pesn.com/2011/04/23/9501814_Russian_firm_claims_MYT_engine_design_its_own/
For more on Ralphial’s MYT engine (2D/3D shots running):
http://peswiki.com/index.php/Directory:Massive_Yet_Tiny_%28MYT%29_Engine#2D_and_3D_Animations_and_Inner_Workings

3) Rossi’s Cold Fusion device still going strong – see
http://peswiki.com/index.php/Directory:Andrea_A._Rossi_Cold_Fusion_Generator
and for possible details of what’s happening:
http://www.integrityresearchinstitute.org/Enews/EnewsJan2011.htm
Note that several groups, including the Swedish Skeptics Society, have confirmed much more energy out than in. This is the real deal.

4) Plasmerg engine – plasma of Noble gases (using cold fusion, so only need to “refuel” about every 3 months, & then only a few hundred ml of gas):
http://plasmerg.com/plasmtr.html
This is actually based on the Papp Engine, which a few stalwarts amongst you may remember; it dates back to 1968. This mob seem to have fixed all of the drawbacks of Papp’s design, and have it very close to commercialisation.

6) Bedini has a working earth battery design:
http://www.energeticforum.com/renewable-energy/7351-bedini-earth-light.html
Several people appear to have duplicated it & are getting a lot of output for a fairly cheap design.

8) Last but certainly not least – an Ozzie invention – Hidro – is available NOW if you have a transmission license; 50kW for $200K – (can also get 100kW, 200kW) – it may be the first ever commercially available “free energy” device:
http://pesn.com/2011/04/17/9501811_James_Kwoks_Hidro_Tech_Floating_to_the_Top/
and
http://hidroonline.com/
It uses a combination of hydraulics and gravity (and maybe sonics/sonoluminescence) – I have absolutely no idea really how this works; I hadn’t even heard of it until 3 weeks ago. Just when you thought you were onto a winner & something pops up out of left field

The device has been independently tested & confirmed apparently by Prof Simon Kaplan and others of the QUT (http://staff.qut.edu.au/staff/kaplans/), plus staff from Griffith University as well (who originally went there to debunk it, apparently).

That’s it for now, folks!

Peter K. Campbell’s last presentation updates some of the technology discussed in the green paper. The presentation summarises what Peter has learned over the last few years in the fields of health, fuel and energy technology. Here is the presentation.
The article on the Beck Zapper mentioned can be found here.

The Victorian Government requested submissions by the 30th September 2009 on their Climate Change Green Paper – see the Victorian Government Climate Change Website for more information on what they were after. The Association made a submission, concentrating on technologies that can improve fuel and energy use efficiencies, and what is required to bring these about. If you are interested, here is the submission. Surprise, surprise, but we received no feedback at all from anyone in the Government.